Note: This is an old post that still seems relevant. It’s also a better fit for this blog, so I’m reposting it here.

This was going to be a rant about how the new buzzword was already being misused around blogs for ideas that won’t advance humanity in any significant way, but I’d rather not be so bitter.

You can tell that this is a word that’s going to stick. A new buzzword for the years to come.

So I’m going to pollute contribute with some thoughts that are nothing new, but hey, it’s from my perspective.

The human being should aim for «being» omniscient, omnipresent and omnipotent. Yes, Gods. Add omnibenevolent to the mix if you feel like it. And well, in order to achieve all this, it would also be cool to break free from nature’s constraints. You know, stuff like eating, defecating, catching a cold or growing old.

But why should mankind evolve in such a direction? Ignore the benefits that such a state would bring to us. Looking back at history, being a God has always been the great goals of some of the most ambitious men in time. I guess it’s just the natural human curiosity and desire for power.

So instead of delivering things with drones, how about having what you want instantaneously in front of you? You pick the object of desire and have it materialized in front of you.

How would such a thing work? I don’t know. Maybe you go to the futuristic equivalent of Amazon, hit select, the necessary resources are sent over the wire/air/whatever to your location’s materializer (an ultra advanced 3D printer from Star Trek?) and in a blink of an eye, it’s there. Sure, we have to solve a billion sub-problems until something like this is possible, but that’s your actual moonshot.

Human++: let’s start enhancing our bodies for real. Ever since I read X-Men, I’ve wanted to possess telekinetic powers. That cup is too far away? Just do a gesture with my hand and have the cup come to me. Or even only think about it. Where are my keys? Keys: show yourself! You get the drill. What about flying? Exoskeletons were so popular in 20th century comics (Iron Man being the best (reenacted) example), why are we not there yet? Aim for things that enhance our bodies. Transhumanism baby!

Instead of MOOCs, how about instant knowledge in your brain, Matrix style? Wanna learn how to code in clojure? Just click this button and have something introduced into your body (a pill, hook up a cable into your brain, whatever). Yes, we have to solve some millenial problems such as defining what knowledge is or how to be materialized into something physical that our body can understand. Or how to make it fundamentally copyable to everyone (not just words, but an actual chemical formula that when introduced into your body would make you just know).

Next on the list is a prediction/intention machine! I’ve seen some writings around this. Basically guessing the future! Yes, just like Minority Report or even better, like Fringe, where there was this guy who could calculate the probabilities of events just like the Observers! That’s the real power of data, to be able to know the future. And with enough data… you just might be able to do so. (I wonder if we already have someone in the NSA working on this.)

Instead of developing autonomous cars or building your own airport to take you somewhere, how about (yes, you guessed it) teleportation? But for true omnipresence, well, I guess the NSA is working on that, right PRISM? Imagine the day where you can view the feed from any Google Glass in the world!

A little touch of humanity

Even with a lot of God powers, Man will not be able to run away from some of its most natural desires (unless we drastically change our DNA that we no longer resemble Man - something I’m sure will happen).

So how about affordable, mobile and easy to transport homes? Not caravans - make it really easy to move around and transport your belongings. Not tents - we want a bit more of comfort. Think turtle shells. Or the TARDIS. We could carry a backpack - or something smaller that could fit in our pockets like Dragon Ball’s capsules. Sure, if we could print things on demand or teleport ourselves, there shouldn’t be a need for “ownership” or “moving around”, but still, human beings have a tendency to attachment and sometimes it’s more about the trip than the destination. 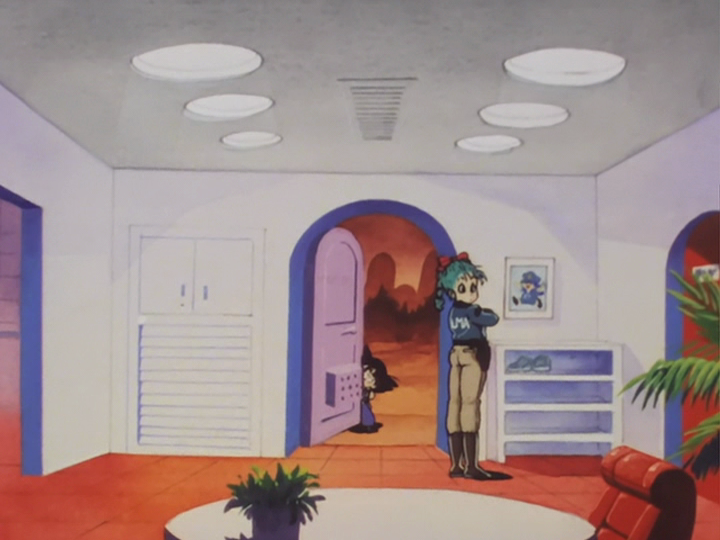 Imagine the problems this could solve! People could save major money and have a level of freedom that was never seen before. Wanna live a few months or years in Thailand? Go ahead. Or maybe in Tibet? Easy peasy.

But while we’re stuck driving our cars, please please please make them smarter. You can begin with a smart display. You know, use that big transparent piece of glass in front of us to do something more than protecting. Instead of having me look at my smartphone or my GPS that’s positioned in a not really good place, how about making the information appear directly in front of me, in the screen that I’m already looking at? Bah, beaten by Business Insider who just wrote a post about this!

Then there’s the rest

Control the weather! Ye, I know, this has been under progress for years.

Stop waste/trash. Clearly we must improve our recycling methods.

In the end, it doesn’t even matter

Just wake me up when we get there.